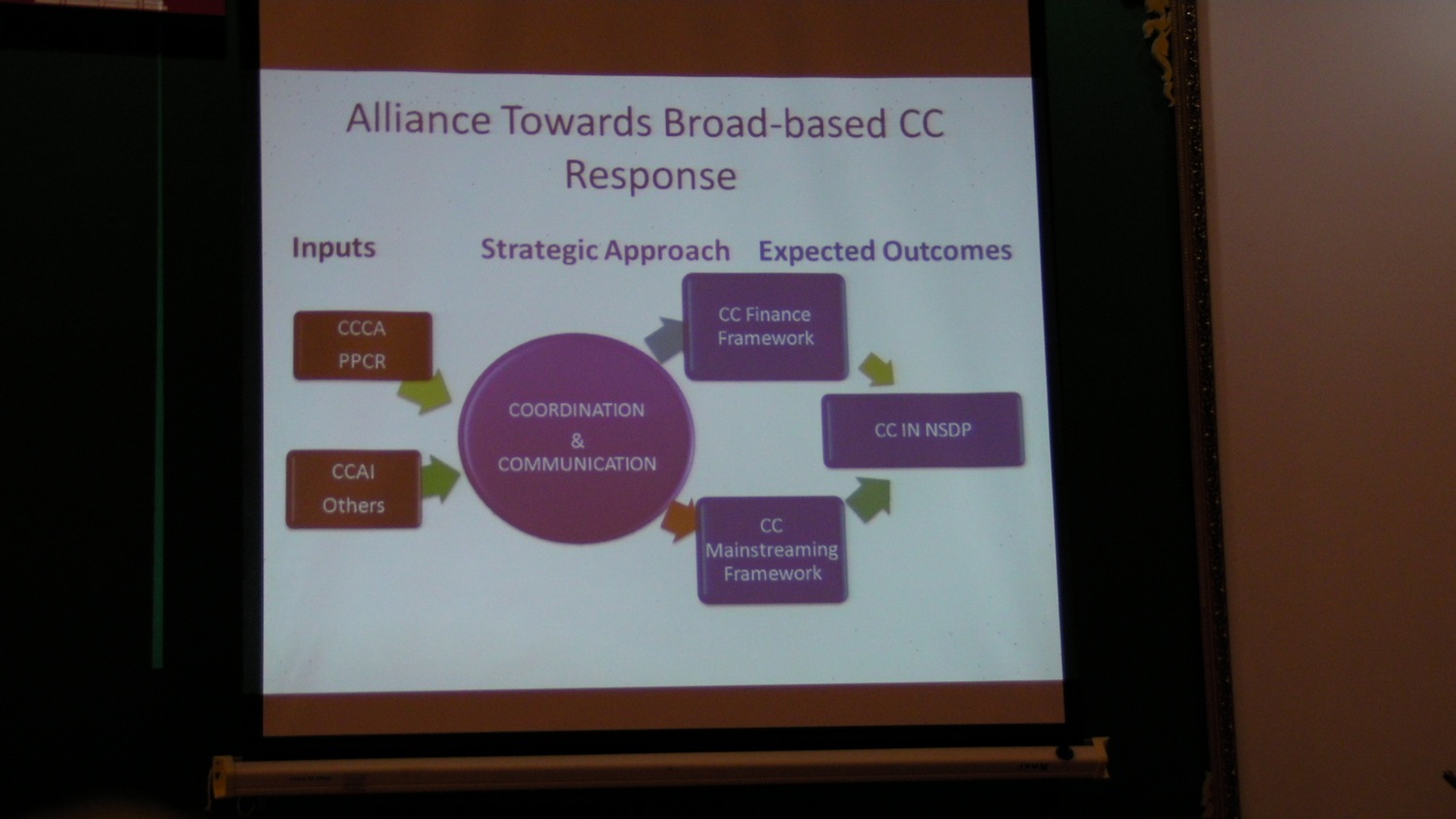 The workshop recevied a very large attendance, with the participation of the EU, UNDP, ADB, Embassy of Sweden and also the attendance of all the NCCC state agencies. Some NGOs such as Save Cambodia's Wildlife showed good interest in the discussions.

This meeting was an important even to ensure an aligned vision and approach of the various ongoing activities.

The sectoral approach was further seated in a number of presentations providing status progress on the launch of the Sectoral Plans of the NCCC.

Some of the key issues covered by the workshop were the funding mechanisms. The Trust Fund showed its key role as a flexible structure to ensure a safe and adapted channeling of funds.

For the first time, the Climate Change Awareness and Education Strategy was presented in its final draft form to all participants and was wrmly welcomed by stakeholders.