The event brought together government institutions, embassies, development partners, national and international NGOs, academia and research institutes, and private sector. The two reports have been prepared by General Secretariat of National Council for Sustainable Development in close cooperation with Ministry of Economy and Finance, Ministry of Mine and Energy and Development Partners especially United Nations Development Program (UNDP), Sweden, and Cambodia Climate Change Alliance (CCCA).

In his opening remark, H.E. Say Samal expressed that two reports are both inherently linked to the common goal of reducing carbon emissions and increasing the resilience of the Cambodian economy. He further elaborated that the report of Addressing Climate Change Impacts on Economic Growth in Cambodia finds that by 2050, climate change will lead to a 9.8 percent reduction of GDP in Cambodia, mainly due to lower productivity of workers from higher temperatures, extreme weather events damaging infrastructure, and loss of agricultural crop yield. In response to this, the report provided the policy recommendation to support the investments for climate change adaptation that can reduce by two-thirds these negative economic impacts on Cambodia. While, the DREI report outlines cost-effective instruments to promote investment opportunities across four solar sub-sectors: 1) utility-scale, 2) roof-top, 3) solar battery mini-grid, and 4) solar home systems. The report also finds that investments in just over 700MW of solar energy can directly abate 8.7 million tonnes of CO2 by 2045.

H.E. Ros Seilava, Under Secretary of State, Ministry of Economy and Finance, indicated his note address that Cambodia is the most vulnerable country in Asia region to climate change impact while institutional capacity in mitigating and adapting to climate change is limited. This is a risk that could be affected on speed of economic growth and sustainable development in long-term, if we don’t increase our effort together to address it. In this context, Royal Government of Cambodia (RGC) has prioritized the climate change responses by integrating in Rectangular Strategy IV and National Strategy Development Plan (2019-2023). H.E. Ros Seilava emphasized that climate change response have to be a cross cutting approach and mutual complement among of state institutions, and development partners both national and sub national level as well as  private sector and general public participation. Responding to the climate change and increasing the competition and sustainable economic growth, RGC has improved national policy on energy, especially diversify toward renewable energy, it is solar energy consumption.

The Cambodia’s DREI report is the first global de-risking report to have a specific focus on solar energy that includes both on-grid and off-grid solar technologies. On-grid opportunities (utility scale and rooftop) have the potential to introduce new sources of clean, cost-competitive electricity generation and enhance energy security for Cambodia. Off-grid technologies (solar battery mini-grid and solar home systems) have the potential to improve energy access and quality of energy services in remote communities. The modelling shows that taking the recommended de-risking measures is cost-efficient: it would cost an estimated USD 68 million (up to 2030) and can lead to USD 146 million in economic savings. While technological advancements in renewable and clean energy first established the possibility of combining climate action and economic growth, public policy measures, such as the ones recommended in the report, have a very important role to help strengthen and facilitate this relationship in practice. 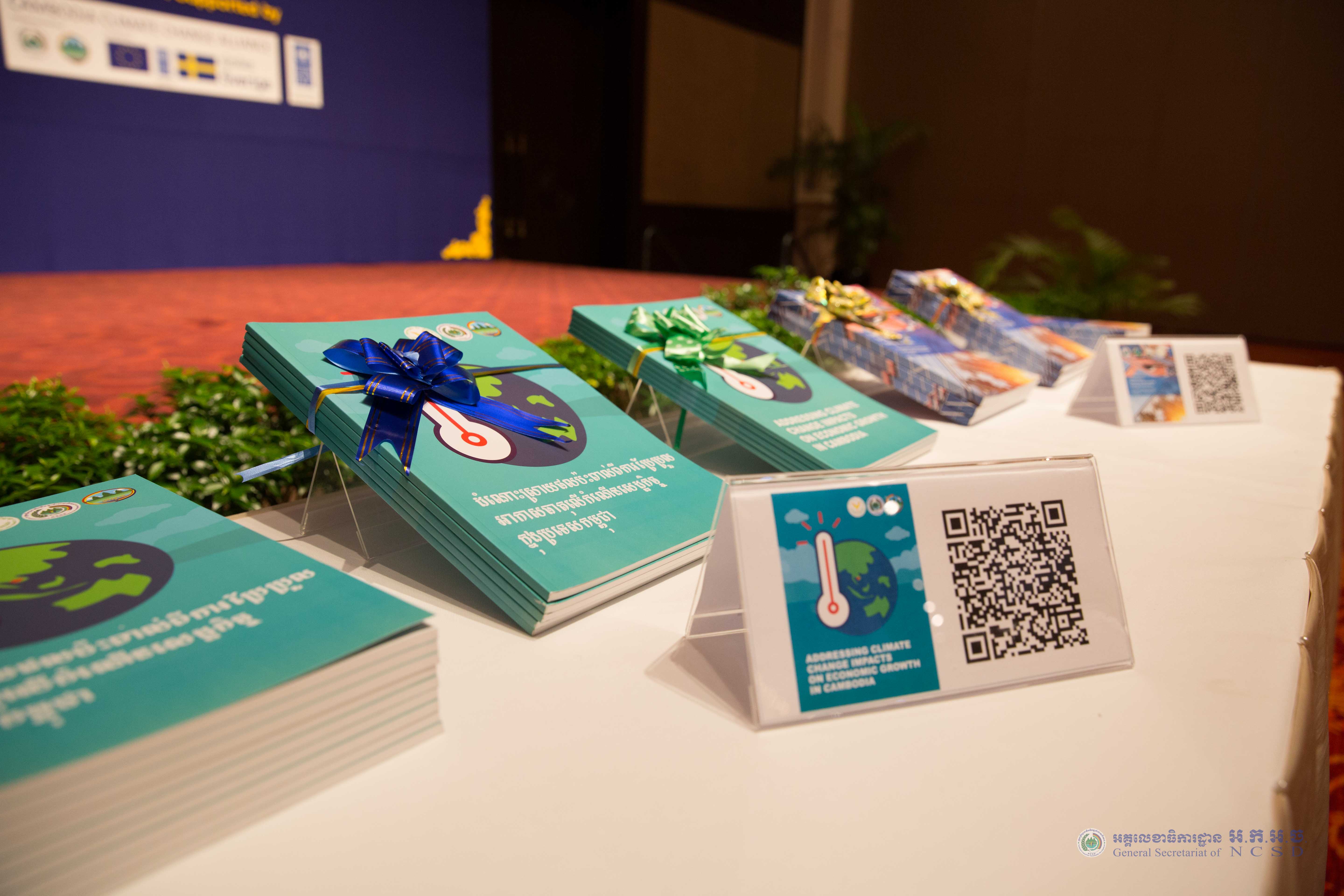 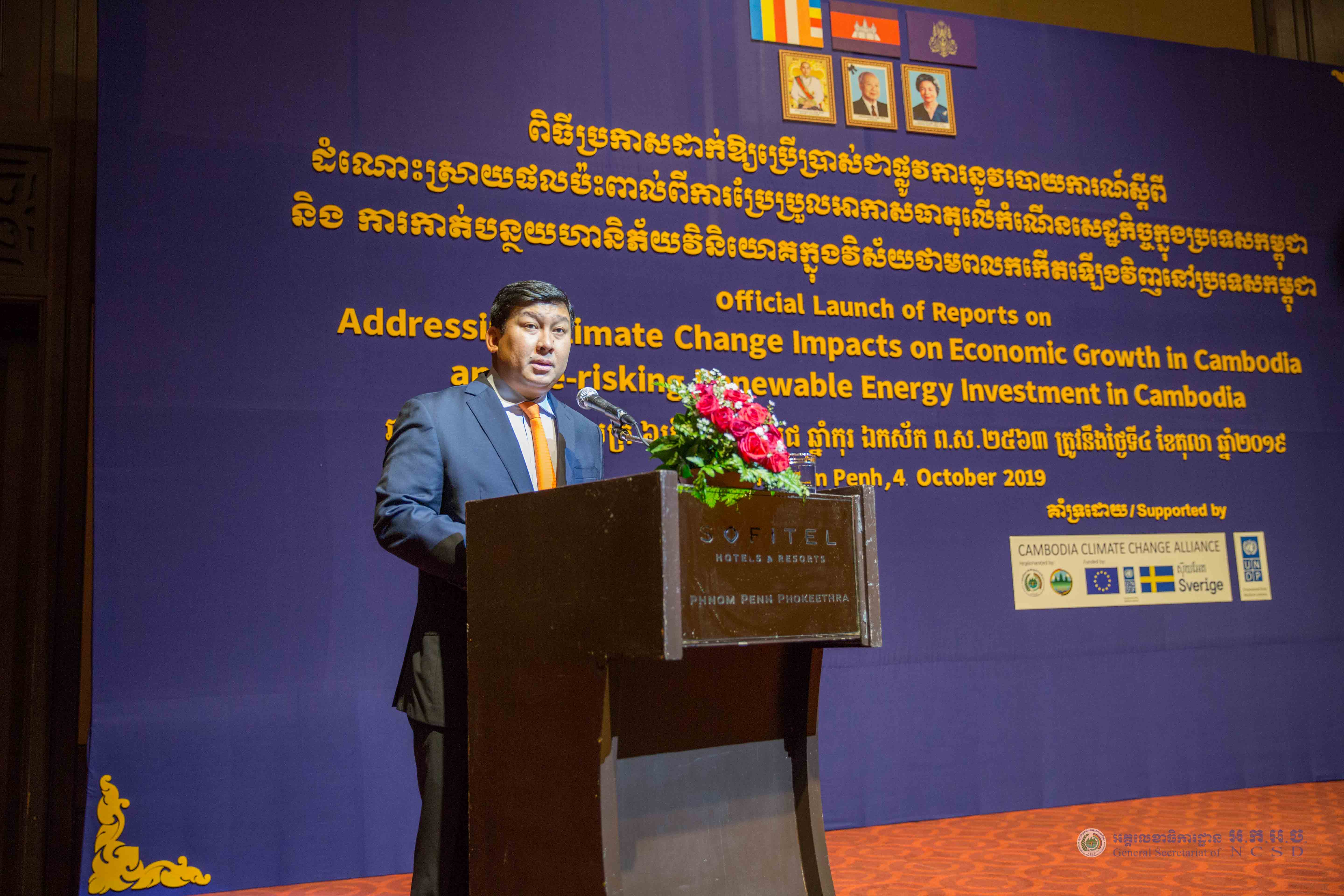 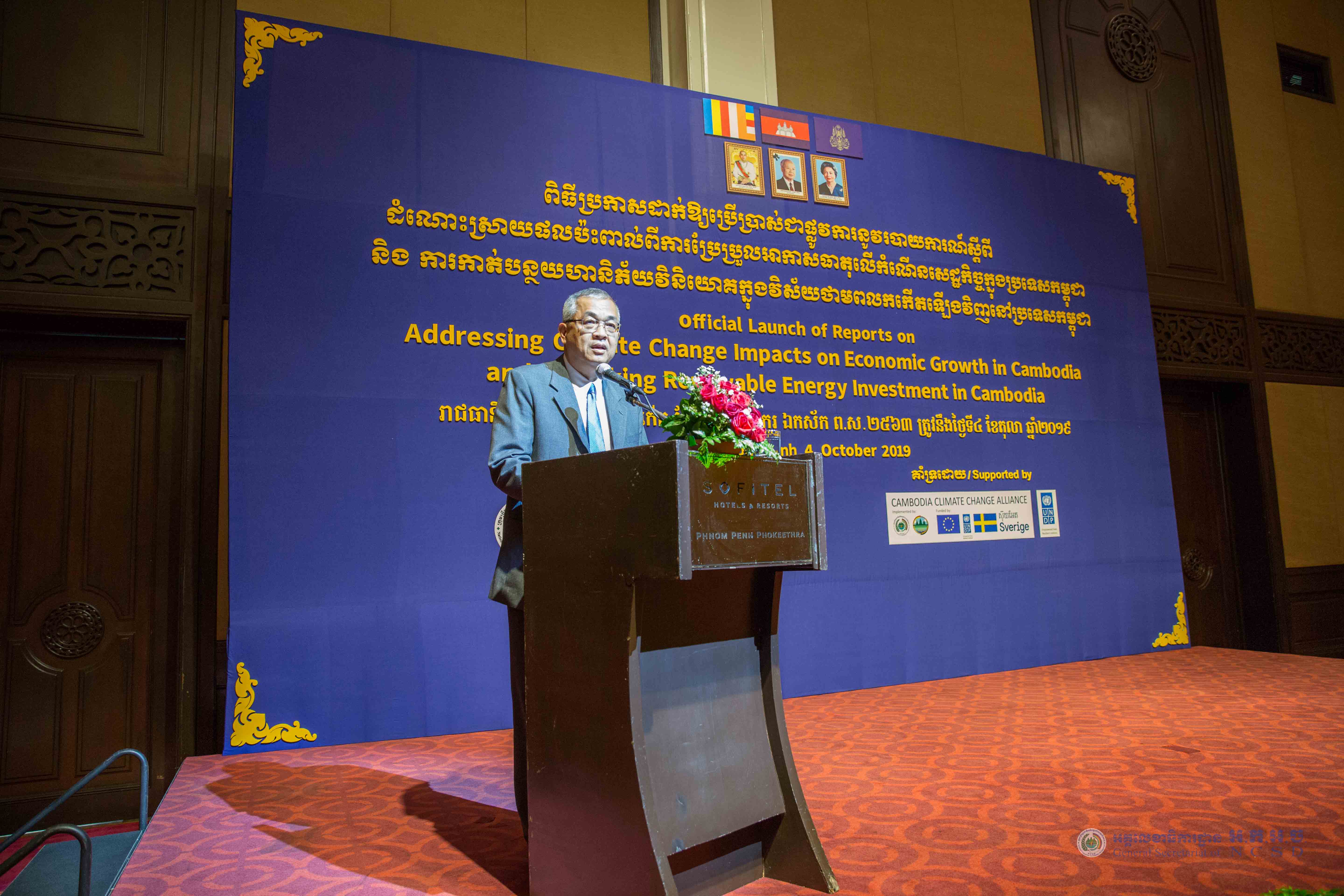 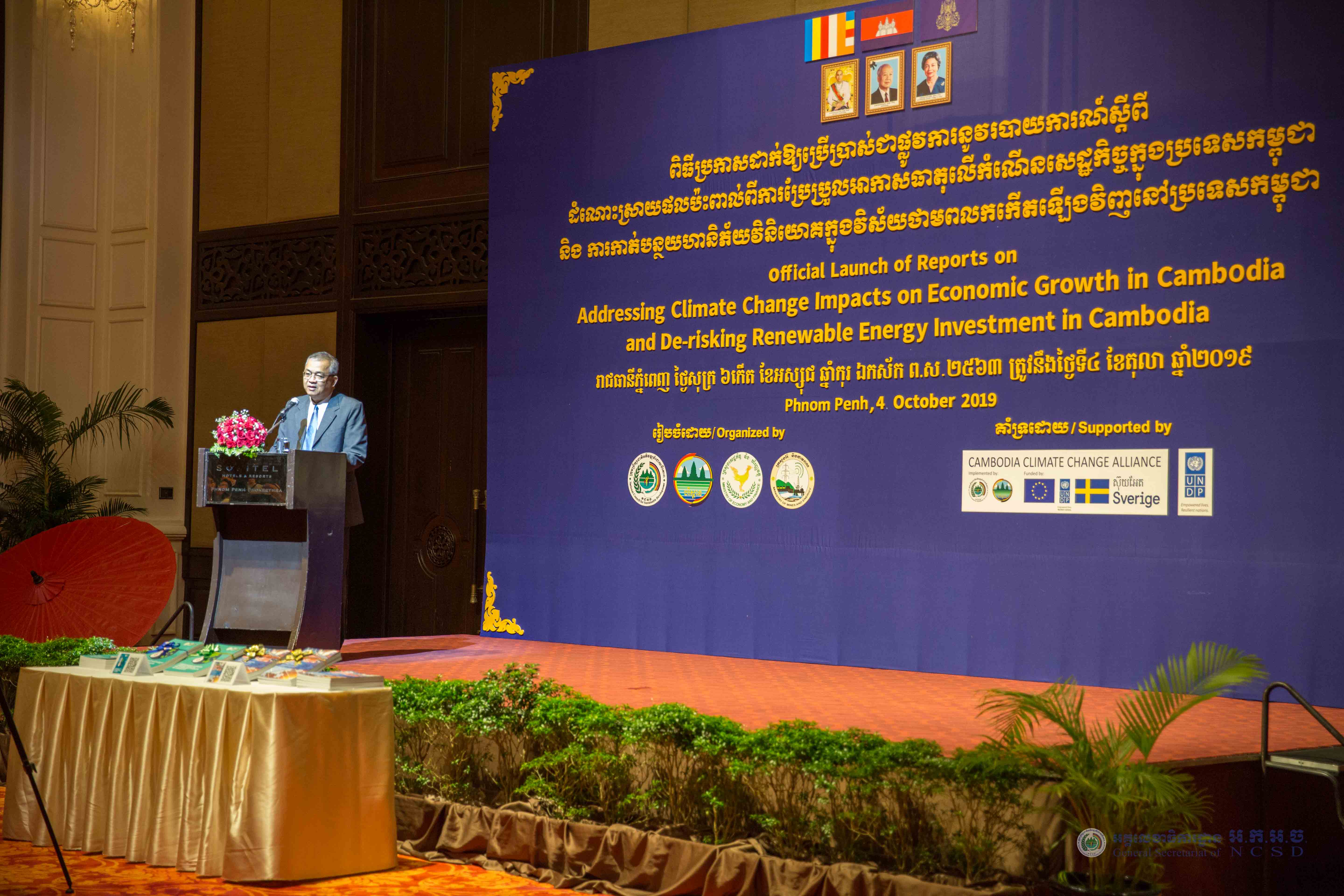 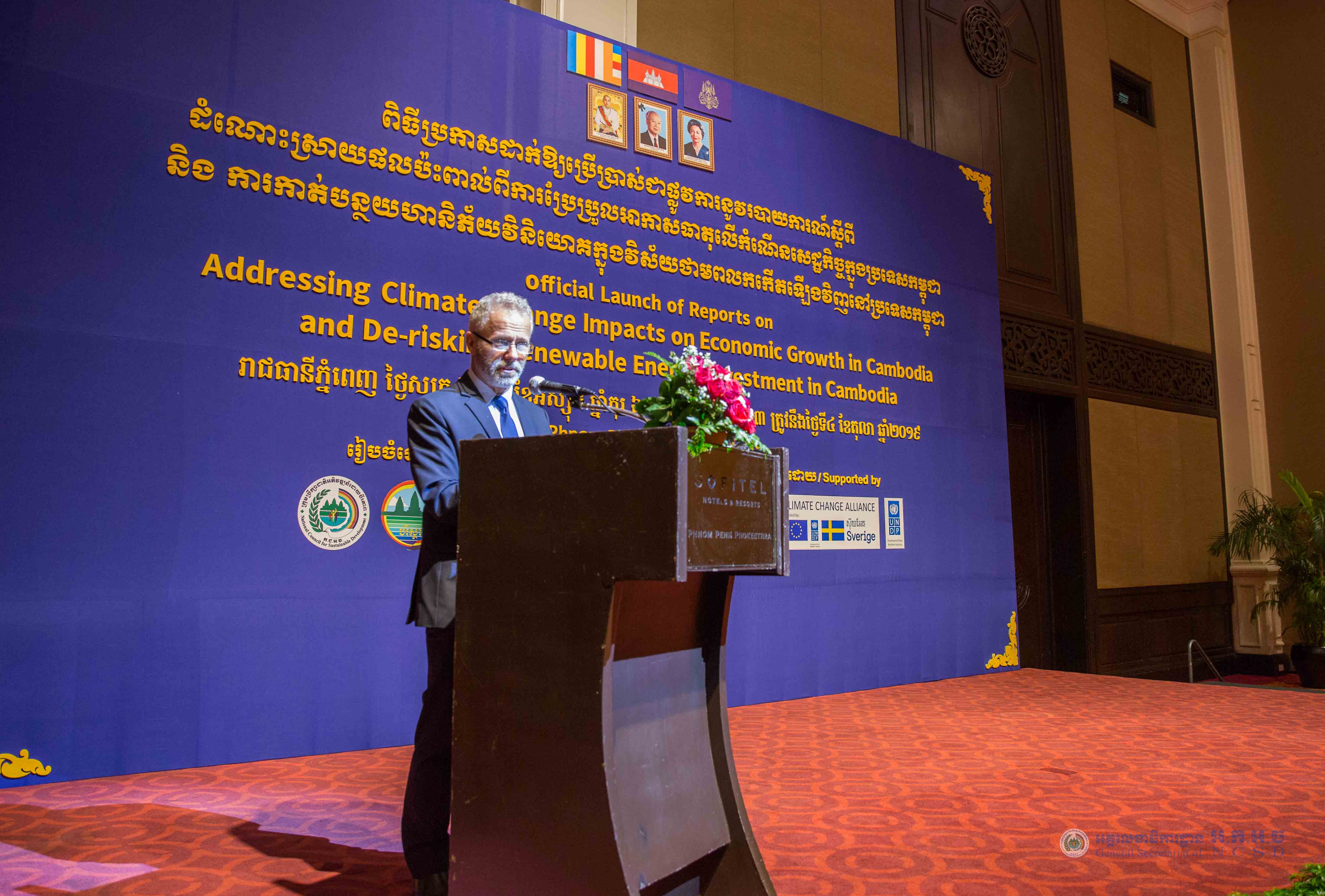 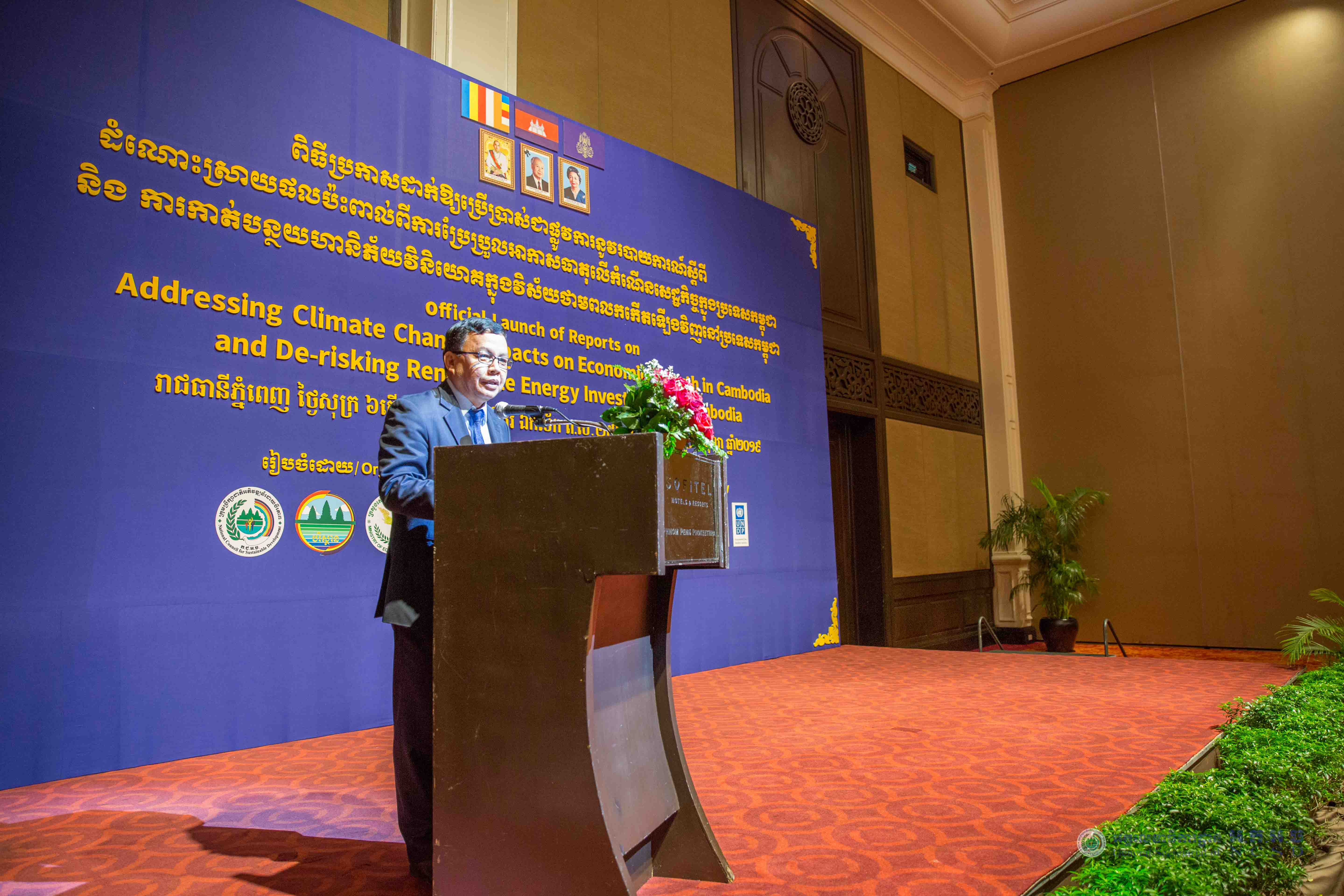 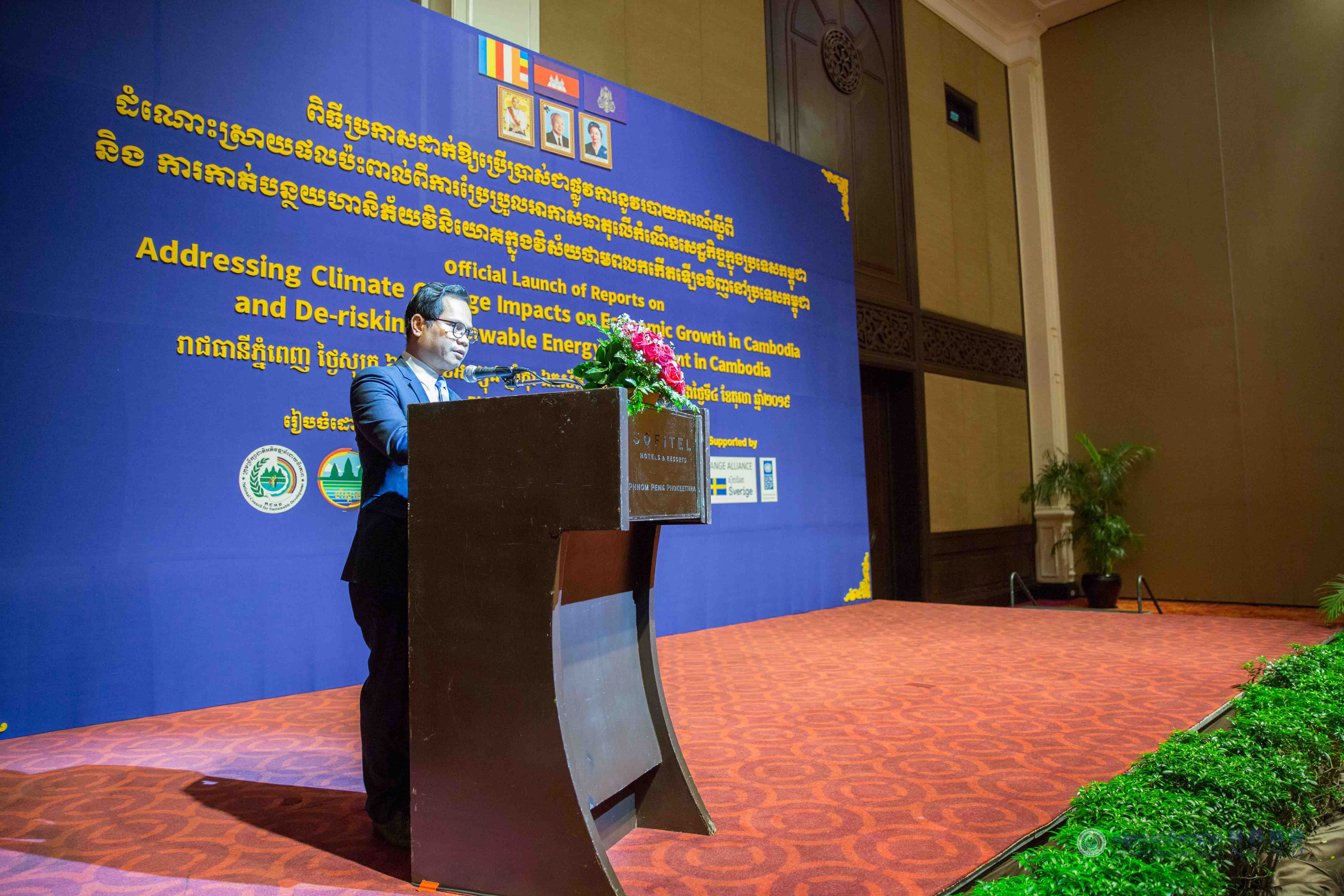 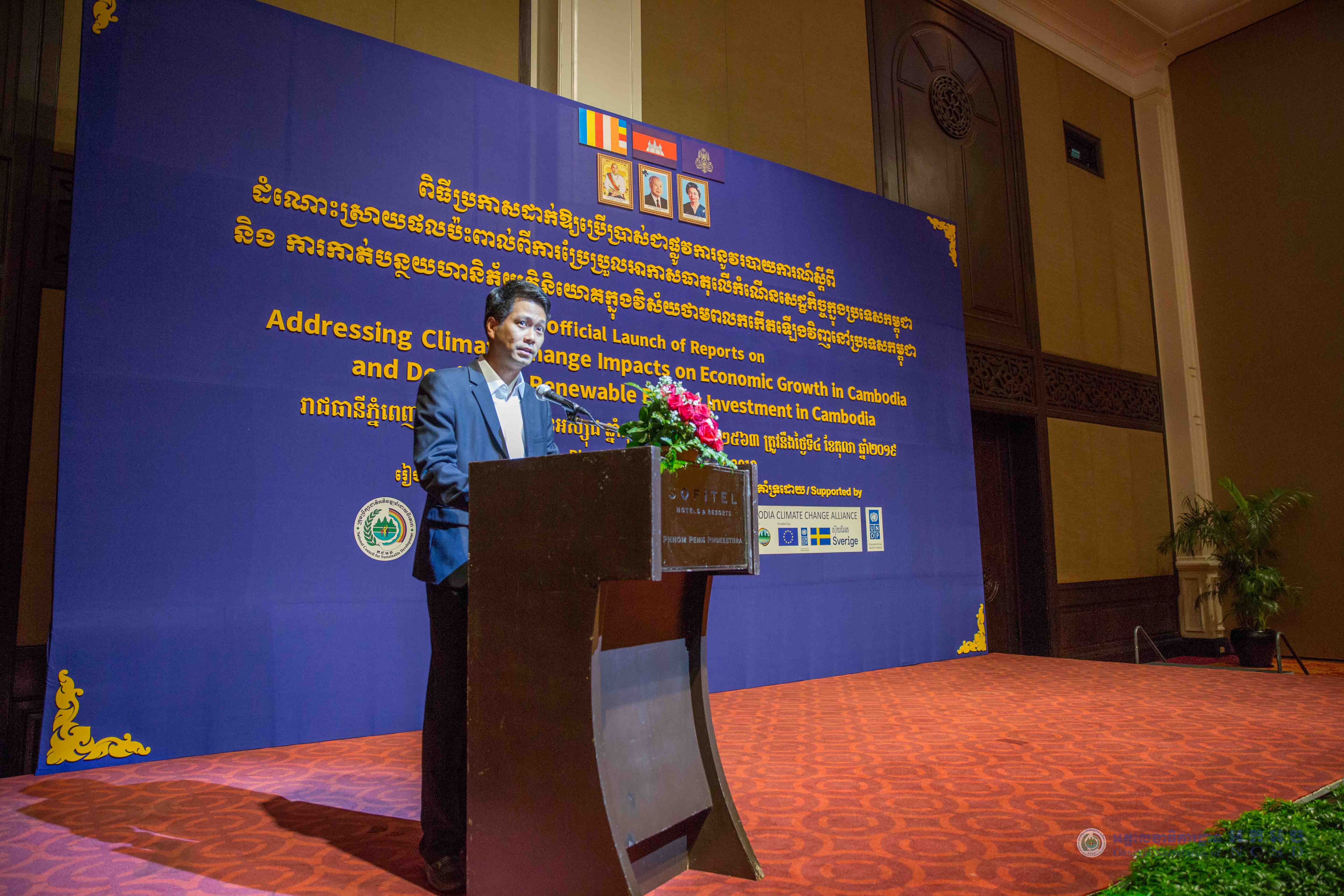 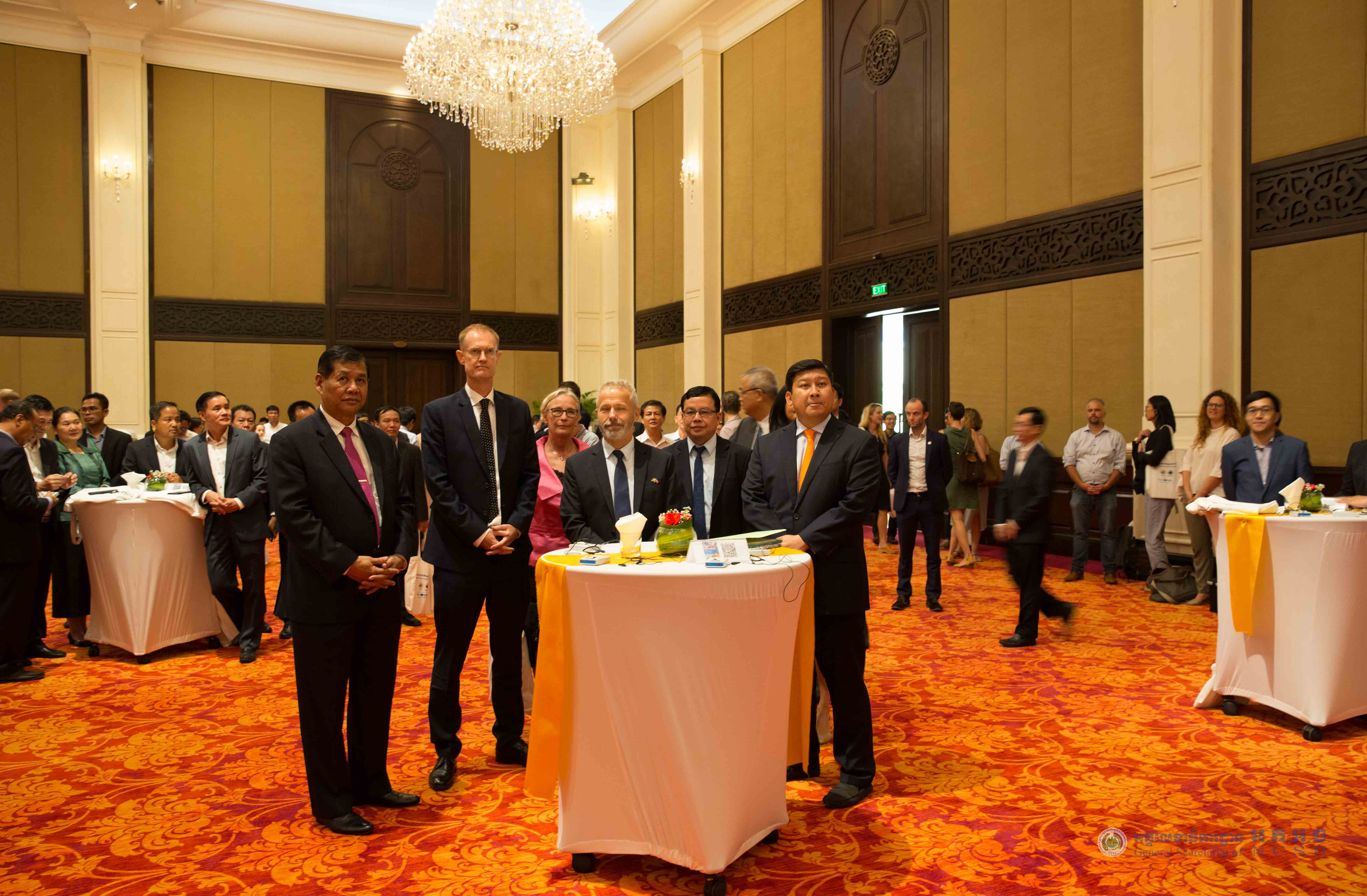 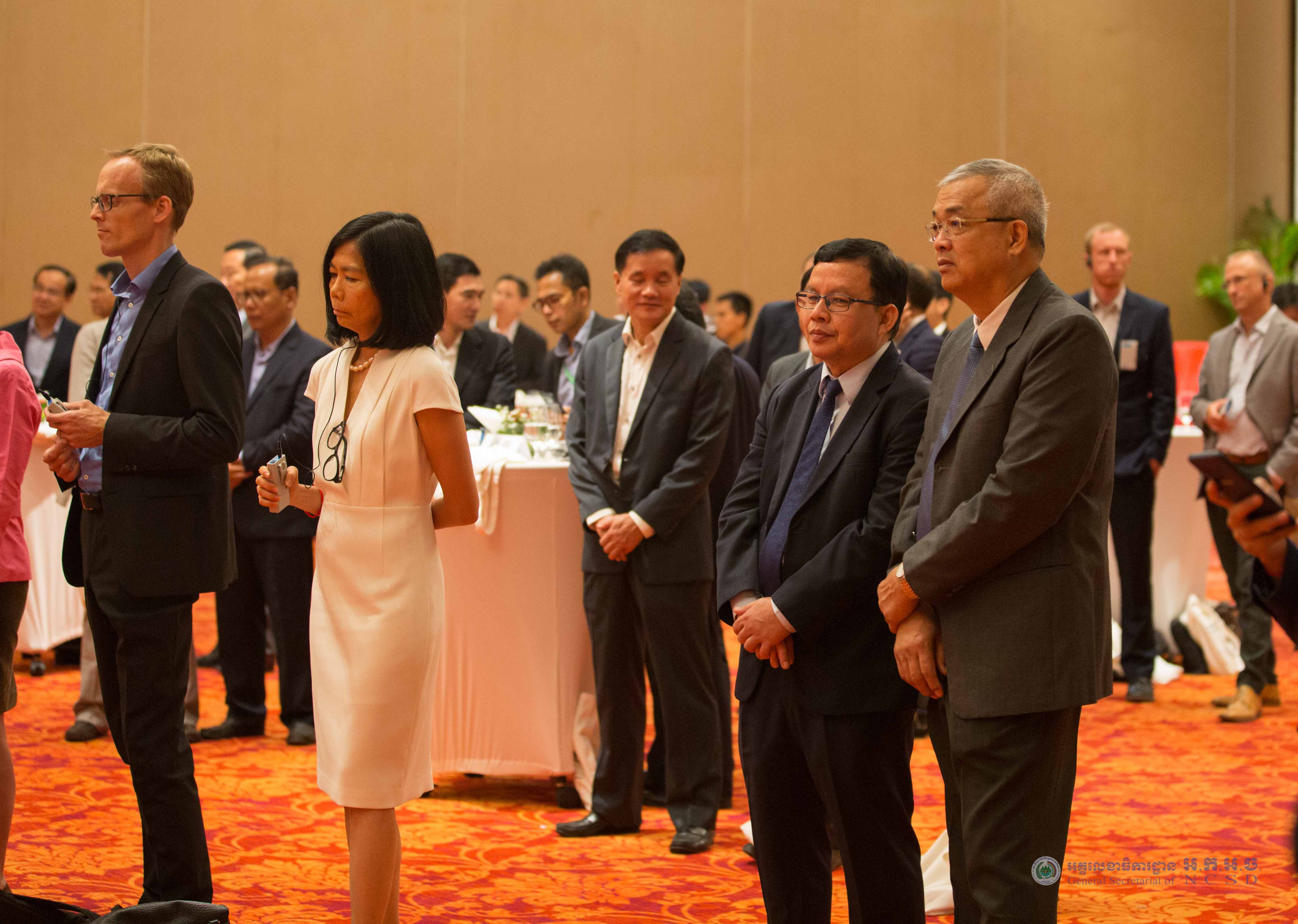 Panel Discussion to celebrate the International Day for Biological Diversity, 22 nd May 2020 under the theme “Our...

On the auspicious occasion of the 67th Birthday Anniversary of His Majesty Preah Bat Samdech Preah Boromneath...